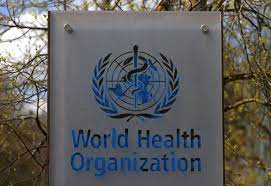 No evidence that Ivory Coast patient had Ebola, says WHO

Aug 31 (Reuters) – New testing has found no evidence that the woman in Ivory Coast who tested positive earlier this month for Ebola actually had the virus, the World Health Organization (WHO) said on Tuesday.

“WHO considers that the patient did not have Ebola virus disease and further analysis on the cause of her illness is ongoing,” it said in a statement.

The positive result was found by a lab in Ivory Coast but subsequent testing in France came back negative, WHO said.

The initial test led Ivory Coast on Aug. 14 to declare its first Ebola outbreak in over 25 years. The woman had travelled to Ivory Coast’s commercial capital Abidjan from northern Guinea, hundreds of kilometres (miles) away.

More than 140 of the woman’s contact were listed in Guinea and Ivory Coast but none of them developed symptoms or tested positive, WHO said.

Ebola typically kills about half of those it infects, although vaccines and new treatments have proven highly effective in reducing fatality rates.

U.S. issues COVID-19 ‘do not travel’ advisory for Switzerland
Ireland to drop almost all COVID-19 restrictions in October