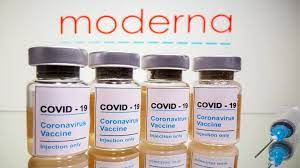 Moderna last week blamed projected second-quarter delays in shipments of its vaccine to countries including Britain and Canada on production bottlenecks. Switzerland’s Lonza is the key supplier of ingredients needed to produce the messenger RNA vaccine.

Lonza, which has declined to comment on any delays, previously said three new production lines slated to produce Moderna vaccine in Visp, Switzerland, could take months to reach “cruising speed”.

Now, the French-language Swiss broadcaster said Nestle employees have been enlisted after the intervention of the Swiss government to help fill vacancies.

A call for “volunteers” via Bern came a week ago to Nestle research center employees in western Switzerland who had until Monday to step forward for a three-month Lonza mission, according to the broadcaster.

Last year, Lonza Chairman Albert Baehny cited finding suitable workers – each of the new production lines requires 60-70 employees – as a challenge that could slow the project.

A Nestle spokesman provided no specifics, RTS reported, saying only that it wanted to play “an active role in global vaccination”.Lonza did not respond to a Reuters request for comment. Nestle also did not comment.

Last week, Canada said 1 million to 2 million Moderna doses of the 12.3 million doses slated for second-quarter delivery would be delayed until after July.

Lonza, which also supplies Moderna’s U.S.-bound COVID-19 vaccine from facilities in Portsmouth, New Hampshire, makes ingredients in Visp before they are trucked to Spain to be bottled by Spanish contract drug manufacturer Rovi (ROVI.MC).

This month, Rovi’s role was expanded beyond bottling, to include a vaccine ingredients production line due to be operational this year.