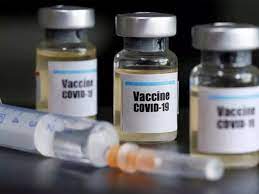 HAVANA (Reuters) – Cuba will administer experimental COVID-19 shots to nearly the entire population of the capital Havana by May as health authorities carry out massive interventional studies and late stage trials, officials said on Tuesday.

Cuba, which has a long history of developing and exporting vaccines, this month began late phase trials of two of its five experimental shots, Soberana 2 and Abdala, which will be Latin America’s first homegrown COVID-19 vaccines if they prove successful.

Ileana Morales, the health ministry’s director of science and technological innovation, said on a roundtable broadcast on state television that authorities would conduct an intervention study in 1.7 million people in Havana by May.

That comes on top of one it has already started for 150,000 frontline workers in the city, which is estimated to have 2.1 million inhabitants.

Cuba’s capital is at the centre of its worst coronavirus outbreak since the start of the pandemic, registering 292 cases per 100,000 inhabitants compared with a nationwide average of 103.5, Deputy Health Minister Carilda Peña said.

Authorities could seek approval for emergency use of Abdala and Soberana 2, which both target the spike protein of the novel coronavirus, in June, Morales said.

“With the approval of emergency use… we would be on track to a more massive vaccination of the population,” said Morales.

That mass vaccination would start with the most at-risk groups including the over-60 and health care workers. By August, six million people should have received a vaccine, with all Cuba’s 11 million inhabitants vaccinated by year-end, Morales said.

Cuba is registering 600 to 1,000 new cases a day, well above the scores or a handful per day for most of last year. Since the pandemic started, the country has reported 68,250 cases and 401 deaths, one of the lowest rates in the world per capita. (Graphic: tmsnrt.rs/34pvUyi)

Government critics have said Cuba should have purchased approved vaccines from abroad to kick off its immunization campaign while it completed trials on its homegrown vaccines.

The country developed a large biotech sector partly in order to become self sufficient in the face of a crippling U.S. trade embargo. Venezuela and Iran, which also face U.S. sanctions, say they will also trial the Cuban COVID-19 vaccines, which have attracted the interest of other countries like Mexico and Jamaica.