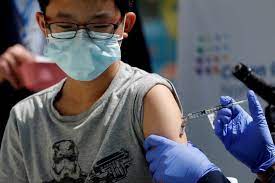 WASHINGTON, Sept 15 (Reuters) – Nearly three million Americans have signed up for health insurance on the U.S. government website Healthcare.gov during a special enrollment period that began on Feb. 15, President Joe Biden said in a statement on Wednesday.

Biden, a Democrat, re-opened the online health insurance marketplace to give more Americans a chance to take advantage of benefits provided under the Affordable Care Act, also known as Obamacare.

The special enrollment period was open through Aug. 15.

“The peace of mind that comes from having affordable, quality health coverage should be a right — not a privilege — for every American,” Biden said.

Biden said altogether 12.2 million Americans are enrolled in coverage under the Affordable Care Act, which is an all-time high.

More than four in 10 Americans who gained coverage during the special enrollment period found a plan for $10 or less a month, he said.

Twenty states and the District of Columbia saw premiums decrease by more than $75 a month. Out-of-pocket spending also declined with the median deductible for new enrollees dropping by more than 90%, from $750 to $50, Biden said.