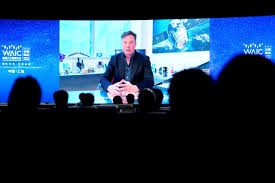 Billionaire entrepreneur Elon Musk’s neuroscience startup Neuralink on Friday is expected to detail its latest innovations for implanting minuscule computer chips in human brains, fueling expectations among scientists who closely watch the company. Co-founded by Musk in 2016, Neuralink aims to implant wireless brain-computer interfaces that include thousands of electrodes in the most complex human organ to help cure neurological conditions like Alzheimer’s, dementia and spinal cord injuries and ultimately fuse humanity with artificial intelligence.The company said it will provide an update on its work during a live webcast late on Friday afternoon, with Musk tweeting that the presentation will include a “working Neuralink device. ”Musk, who frequently warns about the risks of artificial intelligence, is no stranger to revolutionizing industries as chief executive of electric vehicle company Tesla Inc and aerospace manufacturer SpaceX .During a Neuralink presentation in July 2019, Musk said the company was aiming to receive regulatory approval to implant its device in human trials by the end of this year. “This has a very good purpose, which is to cure important diseases — and ultimately to secure humanity’s future as a civilization relative to AI,” Musk said at the time. The company promises to implant a sensor roughly eight millimeters in diameter, or smaller than a fingertip, potentially under only local anesthesia. With the help of a sophisticated robot, flexible threads or wires smaller than a human hair are implanted in brain areas responsible for motor and sensory functions. Neuroscience experts said that while Neuralink’s mission to read and stimulate brain activity in humans is feasible, the company’s timeline appeared overly ambitious. “Everyone in the field would be very impressed if they actually showed data from a device implanted in a human,” said Graeme Moffat, a neuroscience research fellow at the University of Toronto. Small devices that electronically stimulate nerves and brain areas to treat hearing loss and Parkinson’s disease have been implanted in humans for decades. Neuroscientists have also conducted brain implant trials with a small number of people who have lost control of bodily functions due to spiral cord injuries or neurological conditions like strokes. Humans in those trials could control robotic limbs or small objects, like a computer keyboard or mouse curser, but have yet to complete more sophisticated tasks. Most of the current cutting-edge research in brain-machine interface is conducted on animals, scientists note, with safety challenges and lengthy regulatory approval procedures preventing larger human trials. Brain-machine interface science has had a surge in investment and business activity over the past five years, largely thanks to advancements in material, wireless and signaling technology. ADVERTISEMENT But scientists still face a range of issues, including preventing tissue scarring around the implant, the quality of measurements and the development of machine-learning algorithms to interpret brain signals, said Amy Orsborn, an assistant professor at the University of Washington who researches neural interfaces. “I don’t think we know what the magic bullet is, we only know the problem,” Orsborn told Reuters.