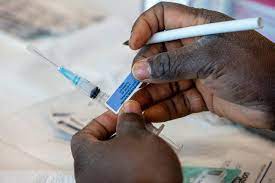 Moderna delays shipment of about 600,000 COVID-19 vaccine doses to Canada

(Reuters) – Moderna Inc has delayed the shipment of 590,400 doses of its COVID-19 vaccine that were due to arrive in Canada this weekend, the federal procurement minister said on Thursday.

Moderna informed Canadian officials that the delay was due to a “backlog in its quality assurance process”, Anita Anand said, adding that the company assured the remaining doses will be shipped no later than Thursday next week.

Canada was set to receive 846,000 doses from Moderna this week, of which 255,600 were delivered on Wednesday, a government source told Reuters.

“Once Moderna’s final quality assurance process has been completed, the doses will be released for shipment.”

Anand said the U.S. drugmaker gave assurance that the issue was a “minor hiccup” and it would not impact the shipment of 855,600 doses set for the week of April 5.

Canada has received 5.9 million vaccine doses so far, and expects to get 3.2 million next week, including from Pfizer Inc, AstraZeneca Plc from the United States and the rescheduled Moderna shipment.

The country is facing a potential third wave of infections as the more transmissible B.1.1.7 virus variant first discovered in the UK drives outbreaks in some hot spots.