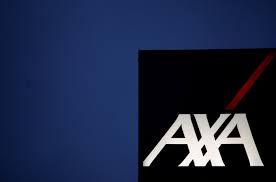 LONDON (Reuters) – French insurer AXA must compensate the owner of London’s Wolseley restaurant for several incidents of business interruption due to COVID-19, London’s High Court said on Friday in a case closely watched by other policyholders.Britain’s Supreme Court ruled last year that many insurers had been wrong to deny thousands of companies, battered by the COVID-19 pandemic, business interruption payouts.But the ruling did not cover all policy wordings and, where it deemed claims valid, some companies were disputing payout levels.Corbin & King, the owner of London restaurants including the Wolseley and the Delaunay, was suing AXA in a dispute that hinged in part on the scope of “denial of access” cover, designed to protect insured venues that are shut by public authorities on health grounds.Six Corbin & King restaurants were each entitled to payments of up to 250,000 pounds ($335,075.00) for three separate periods of UK government lockdowns or hospitality restrictions, the High Court ruled.AXA had noted the court’s decision and would give it “careful consideration”, a spokesperson said by email.“Those in the hospitality sector have been particularly hard hit, and this decision will be significant for many of them,” said Roger Franklin of law firm Edwin Coe, which represented Corbin & King.The case was accelerated through the courts because of its interest to other policyholders.Three other companies are also taking on their insurers in disputes that focus in part on the aggregation of losses: whether policies have been triggered multiple times during the pandemic and qualify for multiple payments.Lydia Savill, counsel at Hogan Lovells, said the ruling that Corbin & King could recover insurance policy limits per claim and per premises “increases very significantly the sums that insurers will be liable to pay for covered claims”.($1 = 0.7461 pounds)