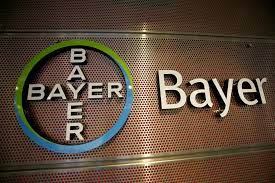 Nov 10 (Reuters) – A U.S. jury on Wednesday ordered Bayer AG (BAYGn.DE) to pay $62 million to students and others who say they were exposed to toxic chemicals made by the company’s predecessor, Monsanto Co, in a school building in Washington state.

The verdict was the second against Bayer over polychlorinated biphenyls, or PCBs, at the Sky Valley Education Center in Monroe, Washington.

A trial involving three teachers ended in a $185 million verdict in July, including $135 million in punitive damages, which Bayer is appealing.

Bayer said it would challenge the verdict through post-trial motions, and that “undisputed evidence in this case does not support the conclusions that plaintiffs were exposed to unsafe levels of PCBs” at the school.

Nearly 200 people, including students, parents and staff, have sued Bayer over the alleged contamination resulting from exposure to PCBs found in fluorescent light ballasts at Sky Valley, and 19 more trials are scheduled.

The plaintiffs assert they suffered health problems, including asthma and cognitive impairment. Bayer has said the lighting components were produced decades ago by Monsanto customers and installed in the 1960s.

PCBs were once used widely to insulate electrical equipment, as well as in caulking, floor finish and paint. The U.S. government outlawed them in 1979 after they were linked to cancer and other health problems.

In December, a federal judge rejected Bayer’s proposed $648 million settlement of separate class-action litigation by cities and other claimants over wastewater contaminated with PCBs made by Monsanto. The company has said it expects a revised version of the deal to be approved.