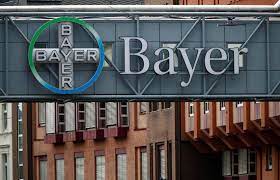 (Reuters) -A U.S. judge suggested on Wednesday that Bayer AG include a warning label on Roundup as part of a proposed $2 billion settlement to resolve future claims that the top-selling weedkiller causes cancer.

Bayer asked U.S. District Judge Vince Chhabria in San Francisco to give preliminary approval for the settlement deal, which would create a framework to resolve future lawsuits over claims Roundup causes non-Hodgkin lymphoma.

The company has said that decades of studies have shown Roundup and glyphosate, the main active ingredient, are safe for human use. A World Health Organization agency said in 2015 that glyphosate was “probably carcinogenic to humans.”

“For years I’ve been wondering why Monsanto wouldn’t do that voluntarily to protect itself,” said Chhabria, of a warning label. He said a label would prevent further lawsuits and free up money to create a better offer for people already exposed.

He even suggested wording for a label and tweaked it as he got feedback from Bayer’s lawyer.

William Hoffman, a lawyer for Bayer, said he doubted the suggested label would protect against future lawsuits.

The settlement would cover two types of Roundup users. Those with non-Hodgkin lymphoma but who have not retained a lawyer were described by the judge as “class one” and likely to include lots of migrant farm laborers.

Class two covers healthy people who have been exposed to Roundup and become sick in the future.

“A settlement of this type could potentially be reasonable for class one,” said Chhabria, by informing class members of their rights and providing compensation of up to $200,000.

For class two, Chhabria spent hours debating his concerns about the plan, including the likelihood that currently healthy Roundup users would never read their class settlement notice or understand the settlement proposal.

“The question is whether this is too confusing and is speaking of a problem that is too distant,” he said.

The judge said it would “be awhile” before he rules on the request for preliminary approval, “assuming you don’t come back and say you’re withdrawing it.”

If the settlement gets preliminary approval, Roundup users could opt out in the coming months and retain their full legal rights. Those who become part of the class would be eligible for free medical exams and up to $200,000 if they develop non-Hodgkin lymphoma during the agreement’s four-year period.

The agreement would pause all litigation for four years and prevent class members from seeking punitive damages if they refuse compensation and ultimately decide to sue.

The stakes are high. Bayer has said that more than half of its herbicide revenue, which totaled nearly 5 billion euros ($6 billion) in 2020, was related to glyphosate.

Bayer has already spent years and committed $9.6 billion to resolve existing lawsuits, which are separate from the future case settlement discussed in court on Wednesday. The company inherited Roundup in its $63 billion acquisition of Monsanto in 2018.

Critics of the settlement say the proposal would unfairly limit consumers’ legal rights.

Bayer has said the law has been misapplied in the three cases that went to trial, each of which resulted in tens of millions of dollars for plaintiffs.

One of those trials, a $25 million federal jury verdict against Bayer, was upheld by an appeals court on Friday.

Bayer said it would ask the U.S. Supreme Court to review the case.