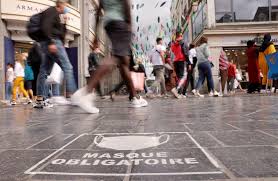 Jordan reported 73 new cases of COVID-19 on Sunday, its highest daily tally since the start of the outbreak, the health ministry said. The country’s total number of confirmed infections now stands at 1,966, with 15 deaths, since the first case surfaced in early March, according to the health ministry. Jordan has seen a jump in daily numbers over the last 10 days, prompting authorities to toughen a nationwide overnight curfew, which now starts at 11 p.m. rather than 1 a .m, and to introduce a one-day lockdown in the capital Amman on Friday. Officials have also delayed the resumption of regular commercial flights from Alia international airport, which was expected to happen this month, hampering prospects of a rapid recovery for its debt-burdened economy. Prime Minister Omar al Razzaz said on Sunday that, while the government would continue to take specific moves when necessary to curb the spread of COVID-19 by isolating certain districts and cities, it did not envisage a return to the sweeping lockdown that stifled the economy. The government sealed its border crossing with Syria earlier this month following a COVID-19 outbreak involving truck drivers arriving from its northern neighbour.