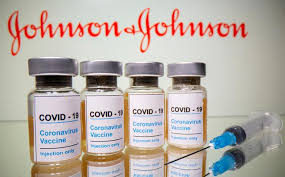 Reuters(Reuters) – Johnson & Johnson said on Thursday it has fully enrolled participants for the first late-stage trial of its COVID-19 single-dose vaccine candidate.

The study, named Ensemble, has enrolled about 45,000 participants and is being conducted by its unit Janssen, J&J said here in a statement, adding that it expects interim data from the trial by the end of January 2021.

J&J also said it plans to submit an emergency use authorization application to the U.S. Food and Drug Administration (FDA) in February if the data from the study is safe and effective.

A separate late-stage clinical trial of an investigational COVID-19 vaccine candidate by Janssen to explore a two-dose regimen was ongoing, J&J said.

The Ensemble trial was paused for over a week in October after a patient developed an “unexplained illness” during the study. The company later said it would resume the trial after an evaluation found no clear cause for the illness.