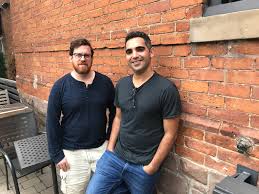 Prevention is better than cure: our vision to help you live well for longer
LONDON (Reuters)