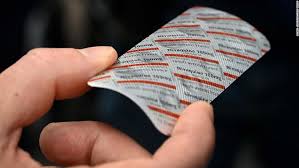 Hydroxychloroquine and chloroquine: Heart risk concerns mount around use for Covid-19 treatment