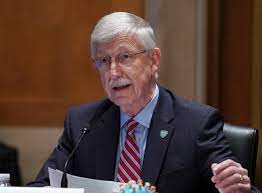 Head of U.S. medical research agency to step down by year-end

Oct 5 (Reuters) – Francis Collins, director of U.S. National Institutes of Health (NIH), said on Tuesday he would step down from his role by the end of the year, after leading the medical research agency for 12 years.

Collins, a genetics pioneer, was appointed as the head of NIH in 2009 by then-President Barack Obama, and he went on to serve the agency under three presidents.

“Twelve years is a long time,” Collins, 71, said in an interview with Fox News Channel. “No other NIH director has stayed in this job even close to that. … It’s time for new leadership, new vision.”

“NIH is in a good place right now,” said Collins, who has been one of the leading figures in the U.S. response to the COVID-19 pandemic.

He said he was not worried that the fight against the pandemic would lose momentum by his stepping down.

His decision gives President Joe Biden ample time to find a new director, who would have to be confirmed by the U.S. Senate, Collins said.

Collins joined the NIH in 1993 and helped lead work that identified genes associated with Type 2 diabetes.

He worked at NIH until May 2008 then left to pursue writing projects, before being appointed director. Then- President Donald Trump in 2017 and Biden in 2021 asked him to continue in the role.