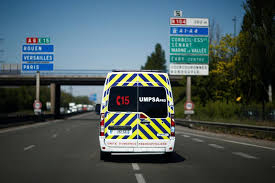 French COVID-19 infections spike, but no strain on hospitals – Reuters

France reported 2,524 new coronavirus infections over the past 24 hours, a new post-lockdown daily record, but there was no strain on hospitals as the virus circulates mainly among younger people, the health minister said. France’s cumulative total of cases now stands at 206,696 and the seven-day moving average of new infections – which smoothes out daily data-reporting irregularities – increased to 1,810, the highest level since April 24, when the epidemic was in full swing and France under strict lockdown. Despite the spike in infections, the number of people in hospital with COVID-19 continued to fall and was down by 121 to 4,891, the first time it fell below 5,000 since March 19. It had set a high of 32,292 on April 14.The number of people in intensive care with coronavirus also continued its slide, down by 12 to 379.Health Minister Olivier Veran said that the number of infections that lead to serious complications was now much lower than in February-March. “There are several explanations, notably the fact that patients diagnosed with COVID now are younger, 20 to 40, and less fragile, and because older people continue to protect themselves well,” Veran said on France 2 television. He said the government would do all it could to avoid a new lockdown, and that schools are scheduled to open normally in September, albeit with the virus protection procedures. The government will also gradually ramp up police checks to ensure people wear face masks where it is mandatory and respect social distancing. The seven-day moving average of daily new infections – which topped at 4,537 on April 1 – has now been above 1,000 for two weeks, with the infection rate increasing as millions of French people travel and social distancing rules are not always respected in busy areas. The daily death toll increased by 18 to 30,371 on Wednesday, compared to 14 on Tuesday and a seven-day average of nine.