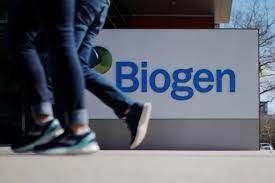 (Reuters) – A federal probe of the U.S. Food and Drug Administration’s approval of a controversial new Alzheimer’s disease drug should look into why that decision was made without clear evidence of patient benefit, a former adviser to the agency said on Tuesday.

Acting FDA Commissioner Janet Woodcock earlier this month asked the Office of the Inspector General at the Department of Health and Human Services to investigate whether FDA representatives’ interactions with drugmaker Biogen Inc were inconsistent with agency policies.“

I happen to think that there’s a lot more to investigate than just that,” said Dr. Aaron Kesselheim of Harvard-affiliated Brigham and Women’s Hospital, who resigned as a member of the FDA advisory panel that reviewed and voted against approval of Biogen’s drug prior to the FDA green light.

Speaking at a live event here presented jointly by The Forum at the Harvard T.H. Chan School of Public Health and Reuters, he said more information is needed on FDA’s role in Biogen’s evaluation of clinical trial data, as well as why the agency decided to base its approval on a “surrogate” biomarker rather than the drug’s impact on cognitive function.

The FDA in early June approved Biogen’s Aduhelm, citing evidence that it can reduce brain plaques, a likely contributor to Alzheimer’s disease, rather than proof that it slows progression of the lethal mind-wasting condition.“

If the FDA knows about some really clear scientific evidence … they should share that because I don’t think there is a lot of clarity around that in the field right now,” Kesselheim said.

He was one of three experts who resigned from the FDA advisory panel that recommended late last year that the agency turn down Biogen’s application to market Aduhelm, which the company has priced at about $56,000 a year.