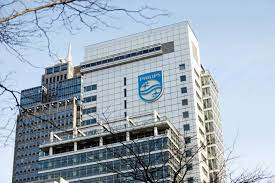 AMSTERDAM, Aug 17 (Reuters) – The U.S. Food and Drug Administration (FDA) said reports of faulty Philips (PHG.AS) ventilators and sleep apnea machines had risen in the past quarter, underlining problems facing the Dutch company, which has just announced plans to replace its CEO.Philips says it is approximately halfway through a recall of 5.5 million such devices in the United States due to the threat posed by a foam part they contain — a problem that has alarmed customers, damaged the company’s reputation and helped wipe $30 billion off its market capitalisation.The FDA said on Tuesday it had received 48,000 reports associated with breakdown or suspected breakdown in the foam used in Philips respirators over the three months ending July 31, 2022, more than twice the number of such reports it received between April 2021 and April 2022.”A wide range of injuries have been reported in these (reports) including cancer, pneumonia, asthma, other respiratory problems, infection, headache, cough, difficulty breathing, dizziness, nodules, and chest pain,” the FDA said. The reports are not proof that Philips devices were responsible.A spokesperson for Philips on Wednesday said the timing of the Aug. 16 FDA update — the same day that Philips announced longtime CEO Frans van Houten would depart the company — was coincidental.Van Houten will be replaced by Roy Jakobs, the Philips executive who is heading the company’s recall operation, on Oct. 15.Spokesman Steve Klink said the increase in reports was due to increased public awareness of the problem after its recall began in June 2021.”Over the past three months we were still going through what you would call a backlog of the complaints,” he said.”Now we need to work through them and see which are justified and which not.”The FDA ordered Philips in March to notify patients of the recall, saying its communication until then was “inadequate.”Philips has estimated costs of its replacements at around 900 million euros, but that does not include costs from a possible settlement with the U.S. Department of Justice or from consumer injury lawsuits.Analyst Jos Versteeg of InsingerGilissen said Philips should avoid downplaying FDA concerns and later having to backtrack.”There’s a big chance that it will end up fined, that there will not be big claims. But the point is, you don’t want to take the risk,” he said.Analyst Javier Correonero of Morningstar said Philips has a “real credibility issue”, citing both the deepening recall problems and the company’s July 25 profit warning. “At this point I think the market has low confidence in management’s ability to set financial targets”, he said in an email.Philips’ Sleep & Respiratory care made up roughly 10% of company sales of 17.1 billion euros in 2021, according to the company’s annual report. It is unable to sell machines to new buyers in affected product lines until the recall is complete.U.S.-based Resmed Inc (RMD.N), which has 60% of the market for sleep apnea devices, has benefited from the Philips recall, with Citi analysts estimating they will gain 10% market share permanently as a result.Philips shares were down 1.1% at 19.55 euros on Wednesday, having lost 60% of their value since April 2021.Philips also makes medical imaging, monitoring and diagnostic equipment, competing with General Electric (GE.N) and Siemens Healthineers (SHLG.DE).