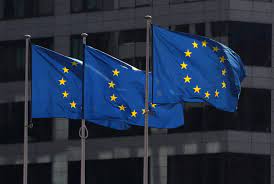 BRUSSELS (Reuters) – The European Commission wants to make health data easier to access by 2025 for patients, medics, regulators and researchers in a bid to improve diagnoses, cut unnecessary costs from duplication of medical tests and boost medicine research.The binding proposal, which needs approval from EU governments and lawmakers, outlines the EU executive’s plans for a European health data space which Brussels estimates would lead to large savings and economic gains of more than 10 billion euros ($10.51 billion) in 10 years.EU patients spend 1.4 billion euros every year on unnecessary medical images alone, the EU document said, estimating that one in 10 X-rays or ultrasound tests are not needed because they are usually duplications of existing valid images.Wider use of easily accessible electronic prescriptions is also estimated to lead to large savings by reducing errors in dispensing medicines. Many states still use paper prescriptions.The proliferation of unneeded tests and prescribed drugs is caused mostly by problems in accessing health data, because often health information is not accessible to patients themselves and hospitals only partly share data with each other, the Commission said.The EU executive believes it could address the problem by making data more accessible to patients through the creation of databases which are freely accessible online.“Sharing data will save lives,” EU health commissioner Stella Kyriakides said, underlining that easier access to health data would also greatly help patients by improving diagnoses.Under the plan, healthcare providers would be required to produce electronic health data that are interoperable.Data generated from patients’ health records and wellness apps would be pooled in compatible formats and made accessible to patients, regulators and researchers under strict rules to protect privacy, the document says. Stronger cybersecurity is also planned.The Commission estimates that easier access to anonymised health records for analysts and data professionals could lead to 5.4 billion euros in economic gains in a decade thanks to more effective research and cheaper drugs.Another 5.5 billion euros in gains would come from savings for patients and healthcare providers, and from “faster growth of the digital health and wellness applications markets”.($1 = 0.9519 euros)

COVID’s new Omicron sub-lineages can dodge immunity from past infection, study says
Biden says he will be ready to protect ‘fundamental’ right to abortion