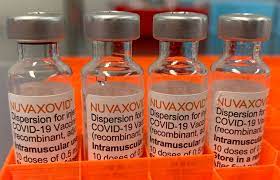 BRUSSELS, March 4 (Reuters) – COVID-19 vaccinations in the European Union fell last week to their lowest level in more than a year, EU data show, as fears about the pandemic ebbed, governments relaxed restrictions and public attention shifted to the crisis in Ukraine.The pace of immunisations in the bloc began steadily falling since the start of the year amid a slowdown in infections. Some 72% of EU’s population has had two doses by now, leaving tens of millions still unvaccinated.In the week to Feb. 27, vaccinations sank to less than 4 million, the lowest since January 2021, data from the European Centre for Disease prevention and Control (ECDC) show. The fall has accelerated since mid-February with vaccinations declining by an average of 30% a week, their fastest drop excluding holidays.That came as governments started lifting restrictions, including mandates requiring proof of vaccination at workplaces and public venues, after the highly infectious Omicron coronavirus variant proved to be milder than earlier ones. It also coincided with a shift in global attention from the pandemic to the crisis in Ukraine, which Google search data show came into the spotlight in mid-February when Washington began warning of an imminent Russian invasion of its neighbour.”People had already begun to feel to be out of danger. Then the war in Ukraine certainly contributed to closing the COVID-19 chapter,” Antonella Viola, professor of immunology at Italy’s University of Padua, told Reuters.Data from France and Italy show that vaccinations sank from mid-February. At the same time searches on Google for COVID-19 in the two countries hit their lowest level since the start of the pandemic, while searches for Ukraine sky-rocketed.Vaccination rates in the United States have also fallen off sharply, according to data from the U.S. Centers for Disease Control and Prevention. In the week ended Feb. 25, the lowest total was recorded for the administration of first doses and boosters since the start of the vaccination campaign in December 2020.NO NOVAVAX EFFECTOf about 3.7 million doses administered in the EU in the week to Feb. 27, only 230,000 were given to unvaccinated people, the lowest ever number.That reflects, in part, the high rate of primary coverage, with countries deploying boosters, but also resistance of parts of the population.The fall coincided with the introduction of the Novavax’s (NVAX.O) vaccine in the EU from the middle of last week.Health officials hope the vaccine may help convince the vaccine-hesitant because of its more conventional protein-based technology.The Novavax vaccine is being usually administered as a first dose to unvaccinated people, whereas those who have already completed the primary vaccination series normally receive a mRNA booster.Boosters accounted for two-thirds of EU vaccinations last week, whereas first doses made up just 6% of the total, with the rest being second shots in the primary vaccination series.The ECDC said it did not have data on the uptake of the Novavax vaccine yet.Novavax said deliveries of its vaccine began on Feb. 24, with some states having received the first doses only this week. It did not comment on the uptake.