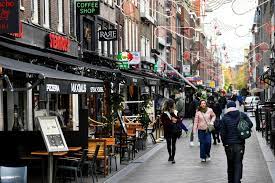 AMSTERDAM (Reuters) – Dutch Prime Minister Mark Rutte conceded on Monday that coronavirus restrictions had been lifted too soon in the Netherlands and he apologised as infections surged to their highest levels of the year.

Rutte last Friday reimposed curbs on bars, restaurants and nightclubs in an effort to stop a spate of infections among young adults, just two weeks after most lockdown measures were lifted as cases were falling.

The government also cancelled all multi-day festivals and events with large crowds until Aug. 14.“What we thought would be possible, turned out not to be possible in practice,” Rutte told reporters on Monday. “We had poor judgement, which we regret and for which we apologise.”

His apology marked a sharp turn from his stance on Friday, when he repeatedly defended the earlier easing of restrictions as a “logical step” and refused to take any blame for possible mismanagement by his government.

This drew sharp criticism from health authorities, who said the government had thrown caution to the wind as it encouraged young people to go out again.

Around 30 organisers of dance festivals and major events, including the three-day F1 Dutch Grand Prix Zandvoort, joined a lawsuit brought by entertainment company ID&T against the state seeking to overturn the restrictions, news agency ANP reported on Monday.

The Dutch Grand Prix is scheduled to take place from Sept. 3-5, after the current measures are set to be lifted, but could be at risk if infection rates don’t drop.

Coronavirus infection numbers in the Netherlands have jumped eightfold in a week to their highest levels of 2021 since bars, restaurants and nightclubs reopened.

The spike in infections has not led to a notable increase of COVID-19 hospital admissions. But Health Minister Hugo de Jonge warned that this could be threatened by the current “unprecedented” increase in infections.