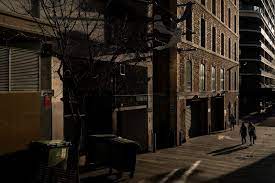 SYDNEY (Reuters) – Australia’s federal government on Friday will look to convince states and territories to follow its national COVID-19 reopening plan as a steady rise in infections in Sydney and Melbourne from the Delta variant stoked concerns in virus-free states.

The national cabinet – a group of federal and state leaders – will meet later in the day as Queensland and Western Australia flagged they may delay plans to open their borders after vaccination rates reach 70%-80% from 36% currently, targets agreed in July here for the relaxation of some restrictions.

Queensland Premier Annastacia Palaszczuk on Thursday warned reopening borders could trigger a surge in infections in her state, which has 18 active cases, and proposed tighter controls “until I can get every child vaccinated”.

Her comments drew criticism from the federal government, while some health experts said there was no evidence Delta posed a greater threat to children and such fears should not be used to delay the easing of lockdowns under the national plan.

Finance Minister Simon Birmingham told Nine News on Friday that Palaszczuk was “focusing on the fear side rather than on the factual, calm analysis that needs to be undertaken on educating the population”.

The Australian Medical Association, which represents the country’s doctors, on Thursday warned hospitals were not ready here to cope with a rapid reopening and called for higher vaccination rates before lockdowns were eased.

Sydney and Melbourne, Australia’s largest cities, and the capital Canberra are in the grip of a third wave of infections which has forced more than half the country’s 25 million people into lockdowns. Most other state capitals enjoy a COVID-free life.

Victoria, home to Melbourne, reported 208 new cases, up from 176 a day earlier. One new death was recorded in the state.

A total of nearly 56,800 cases and 1,020 deaths have been recorded in Australia since the pandemic began, far lower than many comparable countries, but the Delta outbreak has cast doubt on whether it is wise to pursue elimination strategies.

The tussle between states and federal government comes as Prime Minister Scott Morrison wants an end to lockdowns and an economic turnaround ahead of an election early next year.