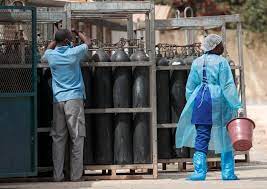 DAKAR, Nov 3 (Reuters) – West and Central Africa could see a rise in HIV infections and AIDS-related deaths in a few years due to disruptions in health services because of the coronavirus pandemic, the executive director of the U.N. AIDS agency said.

New infections in the region were growing fast among vulnerable groups that include young girls and women, gay men, sex workers, drug users and prisoners, who don’t always have ready access to preventive measures and treatment.

Winnie Byanyima said the jury was still out on the extent of the impact of the coronavirus pandemic on HIV, but the agency is seeing examples of disruptions.

“We are quite worried that when all the data comes in for this year (2021), that we might see a spike in new infections, and over a few years we might see more deaths,” Byanyima told Reuters on the sidelines of a health summit late on Tuesday.

Health systems in the region have been stretched by the outbreak, forcing governments to divert scarce resources to tackle the pandemic, while measures to stop the spread, such as lockdowns, curbed access to HIV prevention and treatment.

UNAIDS warned in July last year that the global fight against AIDS had been faltering even before the COVID-19 pandemic, and the pandemic was threatening to put hard-won progress against HIV back by 10 years or more.

Sall directed Senegal’s health minister during his closing speech to commit an extra 2 billion CFA francs ($3.5 million) to the ministry’s 2021/2022 budget to the fight against HIV.