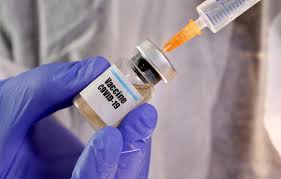 The potential vaccine, dubbed BBIBP-CorV, is being developed by the Beijing Institute of Biological Products, a subsidiary of China National Biotec Group (CNBG).

It has already been approved for an emergency inoculation programme in China targeting essential workers and other limited groups of people facing high infection risk.

However, whether the shot can safely protect people from the COVID-19 disease that has killed more than 1 million people worldwide will only become clear when final Phase III trials – which are ongoing outside China – are complete.

BBIBP-CorV is one of at least 10 coronavirus vaccine projects globally to have entered Phase III trials, four of which are led by Chinese scientists, according to the World Health Organization.

It did not cause any severe side effects, while common mild or moderate adverse reactions included fever and pain in injection sites, according to a paper published on Thursday in medical journal the Lancet.

The results came from a combined Phase I and Phase II trial involving more than 600 healthy adults conducted between April 29 and July 30.

Two injections of BBIBP-CorV at three different doses generated antibodies in all recipients of each group, including older participants, although the data does not prove the vaccine is efficacious, researchers at the CNBG subsidiary, Chinese disease control authorities and other research institutes said in the paper.

Antibody levels in recipients aged 60 and above were lower and took longer to increase significantly than those in younger participants, the results showed.

The study did not discuss whether the shot could elicit and maintain cell-based immune responses, another important weapon of the human immune system, which could be crucial if antibody-based immunity alone cannot stave off the virus.

Apart from BBIBP-CorV, CNBG, a unit of state-owned China National Pharmaceutical Group (Sinopharm), has another similar candidate developed by a different subsidiary which is also being tested overseas in Phase III trials and used in China’s emergency use programme.

A CNBG executive said last month the two candidates could potentially obtain conditional approval for use in the general public this year.

The other candidate by CNBG also induced antibodies without causing serious side effects in early and mid-stage trials, a research paper showed in August.