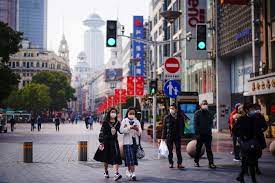 BEIJING (Reuters) – China reported on Friday 24 new coronavirus cases on the mainland for June 3, the same number as a day earlier, the country’s health authority said in a statement.

Of the new infections, 15 were imported, the National Health Commission said, and the nine local cases were all in southern Guangdong province. There were no new deaths.