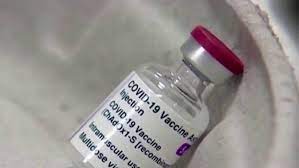 The National Health Commission said in a statement that two of the new cases were local infections in southwestern Yunnan province, where a city on the border with Myanmar reported a new cluster in late March.

The number of new asymptomatic cases, which China does not classify as confirmed cases, fell to seven from nine cases a day earlier.

The total number of confirmed COVID-19 cases in mainland China now stands at 90,541, while the death toll remained unchanged at 4,636.