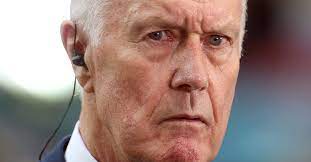 Sept 21 (Reuters) – Former players and coaches across sport have joined a campaign by British dementia charity Alzheimer’s Society to tackle the stigma around the neurodegenerative disease and support people affected by the condition on World Alzheimer’s Day on Tuesday.

The Sport United Against Dementia (SUAD) campaign aims to increase the awareness and capacity of its support services, and is backed by soccer greats such as Geoff Hurst and Denis Law as well as former cricketers Andrew Flintoff and Shane Warne.

“Sport is able to draw attention to an issue or cause like nothing else can. Sport United Against Dementia is fortunate to have household name talent getting behind our work for this crucial campaign,” SUAD chair Richard Thompson said.

Manchester United and Scotland great Law, who was diagnosed with Alzheimer’s and vascular dementia last month, is part of the campaign and, along with his family, has raised over 40,000 pounds ($54,596.00) for the charity. Hurst, England’s hat-trick hero from the 1966 World Cup final, backed the campaign after many of his international team mates, including Nobby Stiles and Jack and Bobby Charlton, were diagnosed with the condition.

The campaign will fund research into the causes and risk factors of dementia, including a study with elite rugby players and an informal pilot study with top soccer players.

Former England rugby internationals Ben Kay and Martin Bayfield are involved in the study, which will look at whether elite rugby players show early warning signs of dementia.

Head injuries, concussions and their potential long-term health impact have been in the spotlight in rugby since former players filed a class-action lawsuit against governing bodies, including World Rugby, alleging a failure to minimise risks.