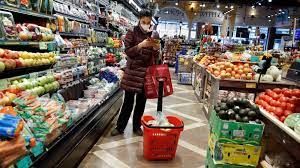 OTTAWA, June 30 (Reuters) – Canada will require food packaging to carry clear labeling to indicate high content of sugar, sodium and saturated fat, helping consumers regulate their diets and prevent associated health risks.The health department said that, beginning in 2026, the food industry would need to stamp products with a label saying they were “high in” any of those three nutrients that exceeded certain thresholds.With more than three years to prepare for the change, manufacturers should be able to change wrappers and use up existing stocks or reformulate products, said the department, known as Health Canada.Canadians consumed more than recommended amounts of sugar, sodium and saturated fat, it said, adding that the labels, on the front of packages, should provide information for evaluating risks. The labels are not meant to classify food as healthy or unhealthy.Diet-related chronic illnesses such as diabetes and heart disease are leading causes of morbidity and mortality in Canada. High consumption of the three “nutrients of concern”, as the department calls them, is closely linked to risk of such diseases.The policy will not apply to certain food items, such as plain milk and whole eggs, due to their health value. It will also exclude raw fish and meat, whether whole cut or ground.The exemption for ground meat will come as a relief to the Canadian meat industry, which raised concerns about an earlier proposal to require ground meat to carry such a label.Poor-quality diets and their health impact brought individual, societal and economic costs, investors said at the Tokyo Nutrition for Growth Summit in December. They called on governments and companies to step up promotion of healthier food and drink. The economic burden of chronic diseases related to diet and other modifiable risk factors in Canada is C$28.2 billion ($21.9 billion) per year, according to the department.Ottawa has also recently proposed that written health warnings be printed on individual cigarettes. If Canada implements the measure, it will be the first country to do so. ($1 = 1.2889 Canadian dollars)