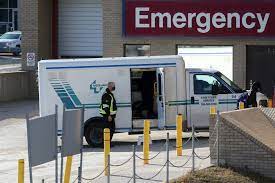 The government of Canada said it was preparing to deploy a number of healthcare resources for the province of Manitoba that is reeling under a third wave of the COVID-19 pandemic.

This comes after Manitoba Premier Brian Pallister last week said he had asked Prime Minister Justin Trudeau to supply critical care nurses, respiratory therapists and contact tracers to battle the raging health crisis in the province. Canada will provide federal health human resources, medical staff through the Canadian Red Cross and support from the Canadian Armed Forces, a statement from the government said. The government is also prepared to bring in epidemiologists, laboratory technicians and increased testing capacity, three Canadian ministers confirmed in the statement.