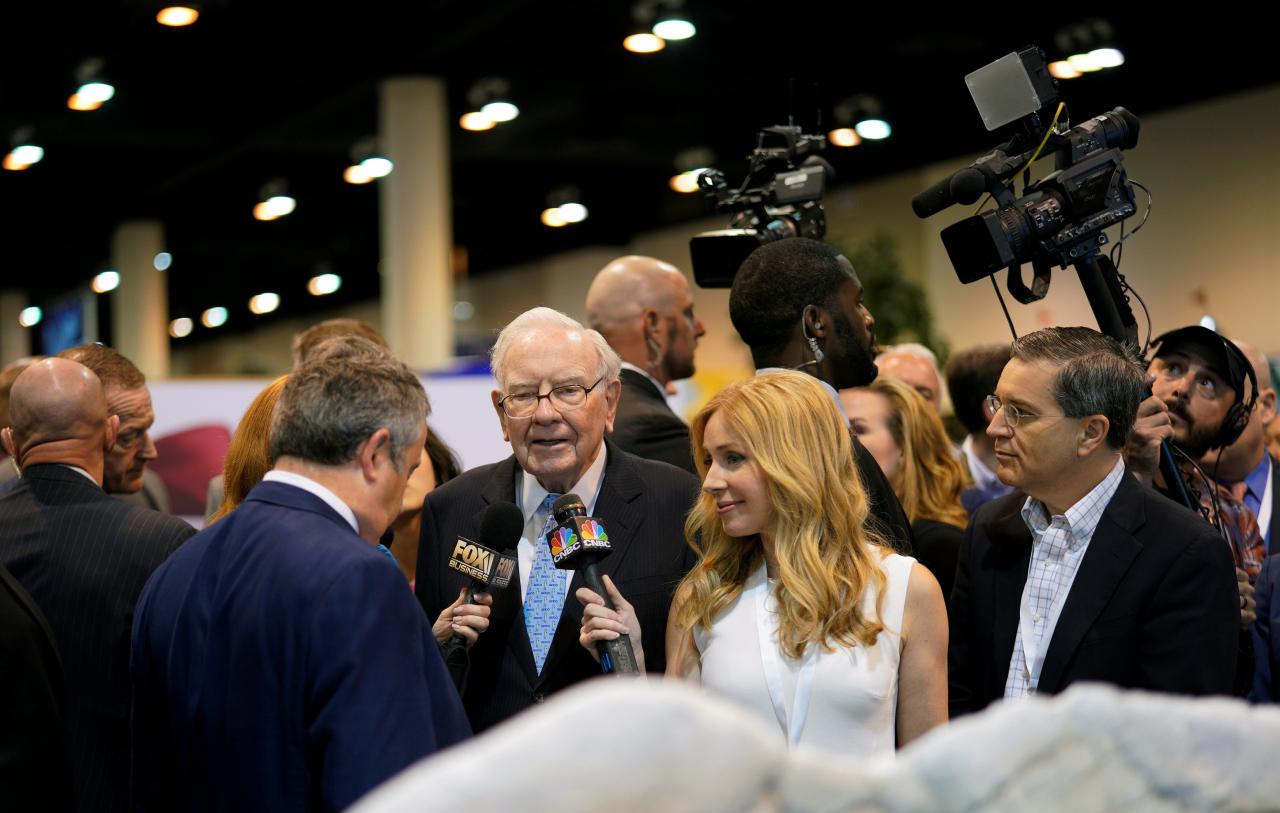 OMAHA, Neb. (Reuters) – Warren Buffett on Saturday said he hoped a chief executive would be found within a couple of months for the healthcare company being set up by Berkshire Hathaway Inc, Amazon.com Inc and JPMorgan Chase & Co. to lower patient costs.

Warren Buffett, CEO of Berkshire Hathaway Inc, talks to a reporter in the exhibit hall at the company’s annual meeting in Omaha, Nebraska, U.S., May 5, 2018. REUTERS/Rick Wilking

Speaking at the annual shareholder meeting of his Berkshire Hathaway Inc conglomerate, Buffett maintained that healthcare is a “tapeworm” on American businesses, hurting their ability to compete with rivals in other countries.

While there is no guarantee the venture between Amazon.com, Berkshire and JPMorgan, which collectively employ more than 1 million people, will succeed, Buffett said it is well positioned to try.

“I think we’ll have a CEO within a couple of months,” Buffett said. “We want our employees to get better medical services at lower cost … The resistance will be unbelievable, and if we fail, at least we tried.”

Amazon.com’s reputation as a disruptor prompted investors in January, when the venture was announced, to sell shares of companies that might be hurt.

Buffett said the goal was to challenge the entire healthcare industry, not individual segments.

Yet Charlie Munger, Buffett’s longtime business partner and a Berkshire vice chairman, suggested that Democrats could take over Congress after November’s elections and push for a national healthcare system financed by a single payer. Munger predicted that such a change would harm drug benefit managers.

“I suspect that eventually, when Democrats control both houses of Congress and the White House, that we will get single-payer medical care, and I don’t think it’ll be much more friendly than any of the PBMs,” Munger said.

Buffett, famed for his love of junk food, has said spiraling healthcare costs are responsible for 18 percent of U.S. gross domestic product, up from 5 percent in 1960, and he wants to slash a few percentages points off.

“We are attacking an industry moat,” Buffett said.

Todd Combs, one of Buffett’s investment deputies and a JPMorgan director, is working on the joint venture with Marvelle Sullivan Berchtold, a managing director of JPMorgan, and Beth Galetti, a senior vice president at Amazon.com.

“We want our employees to get better medical services at lower cost,” Buffett said. “We’re certainly going to give it a shot. We’ll see what happens.”

More in Health in the Market Place