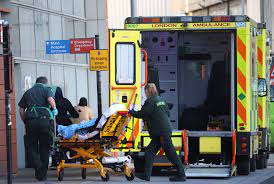 Cases have been rising steadily since the start of August although death totals are impacted by irregular reporting patterns from hospitals over the weekend. Only 45 deaths were reported on Monday.