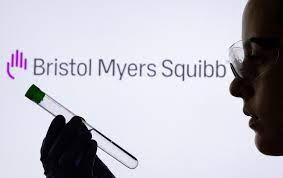 March 14 (Reuters) – (This March 14 story corrects 4th paragraph to say company had $800 million in cash at the end of December, not that its cash spending was at $800 million)Bristol Myers Squibb (BMY.N) and Nektar Therapeutics (NKTR.O) said on Monday they would discontinue two late-stage studies testing their combination therapy in melanoma patients after one of the trials failed to meet the main goals.Shares of Nektar Therapeutics, the developer of experimental treatment bempegaldesleukin that was used in the combination therapy, plunged nearly 55% to $4.79 in early trading.Last week, brokerage Oppenheimer estimated that worldwide risk-unadjusted sales for bempegaldesleukin could reach $3.7 billion in 2038.With the drug failing to meet any of its goals, Nektar said it would consider reining in its cash spending. The company had about $800 million in cash at the end of December.”We’re preparing a plan that has the goal of establishing a minimum cash runway to the end of at least 2024 with our existing cash balance,” said Nektar President and Chief Executive Officer Howard Robin in a conference call.The study that missed its goals tested bempegaldesleukin in combination with Bristol’s Opdivo and compared them with Opdivo alone as a first-line treatment for certain melanoma patients.Bempegaldesleukin was being tested in the trial run by Bristol through an agreement in 2020. (https: //bit.ly/3CGjdyK)The 783-patient study failed to meet all three goals- improving overall survival, showing a significant reduction in cancer and increasing the amount of time it takes for the cancer to worsen.The other study that was shelved was also testing the same combo in comparison with Opdivo in patients who have had the cancer surgically removed but were at high risk of recurrence.The companies said they would continue four other studies for the combo therapy in renal cell carcinoma and bladder cancer.