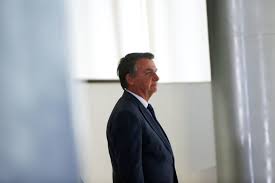 BRASILIA (Reuters) – Brazilian President Jair Bolsonaro on Thursday signed off on a law allowing for vaccine and medication patents to be broken in a public emergency, such as the COVID-19 pandemic.

But the right-wing leader vetoed the provisions that patent holders would need to transfer the knowledge and supply the raw materials needed to duplicate the vaccines and medications.

According to a statement from his office, those provisions were seen as being too difficult to implement and discouraging investment in researching new technologies.

Under the law, the president is the one who would determine when to break a patent in an emergency.