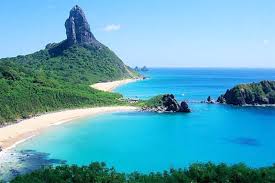 Fernando de Noronha, an archipelago 220 miles (354 km) off Brazil’s northeastern coast famous for abundant sea life, pristine beaches and dramatic mountainsides rising above the coast, is trying a novel method for fighting the coronavirus. Only tourists who have already had COVID-19 and recovered will be allowed onto the island chain, according to statements released by local and state governments over the past week. The move by the tourism dependent archipelago, which has about 3,100 permanent residents according to the most recent census estimate, speaks to the unique ways that state, local and national governments are trying to return to a semblance of normal as new COVID-19 cases and deaths stabilize in many parts of the world. There is significant debate as to the level and duration of immunity that coronavirus patients develop after a first infection. There have been cases of re-infection reported, including in Brazil. However, such reports are relatively rare. The new rules go into effect Sept. 1. For now, tourists are not allowed on the islands. “There hasn’t been community transmission on the island for a long time. We have to keep it that way,” André Longo, the health secretary of the state of Pernambuco, said in a statement. “Obviously, this step is going to be done with an eye on safety and reactivating economic activity on the archipelago. ”Fernando de Noronha has so far registered 93 confirmed cases of the virus and no deaths. It prohibited tourism starting in March. For a period from April to June, even residents who were on the mainland were not allowed to return. Brazil is among the nations hardest hit by the coronavirus pandemic, with over 120,000 known deaths and 3.8 million confirmed cases as of Saturday evening. However, new cases and deaths have begun to stabilize in recent weeks.