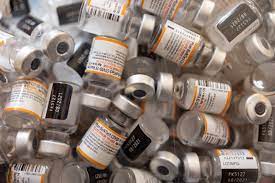 RIO DE JANEIRO, Sept 17 (Reuters) – Brazilian national health regulator Anvisa has approved the COVID-19 vaccine produced by Pfizer (PFE.N) and BioNTech for children aged between six months and four years, the government body said in a statement Friday night.The move broadens the availability of the vaccine, which is sold under the brand name Comirnaty for adults and is already available in Brazil for older age groups.Brazil’s vaccination rates are already among the world’s highest, with almost 90% of the population having received at least one dose, according to the Our World in Data project, which collects official numbers from governments worldwide. On Friday, the South American country reported 97 deaths nationwide due to the coronavirus, far lower than the daily peak of 4,250 recorded in April 2021.