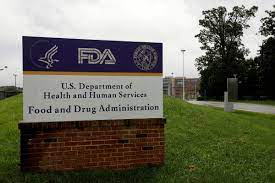 June 9 (Reuters) – Advisers to the U.S. Food and Drug Administration on Thursday voted to recommend approval of bluebird bio’s (BLUE.O) treatment for a rare neurological disorder, bringing it closer to becoming the third gene therapy to be available in the United States.All 15 committee members voted unanimously that the benefits of eli-cel for treatment of cerebral adrenoleukodystrophy (CALD) in patients below 18 years who do not have a matched sibling for stem cell transplant, outweigh its risks.”Today, we are one step closer to delivering a potentially lifesaving therapy for CALD … We remain committed to working with the FDA as it completes its review of eli-cel,” Chief Executive Officer Andrew Obenshain said.The decision on eli-cel is a big boost for the company after it had in March flagged “going concern” doubts following regulatory setbacks.A negative outcome was widely expected after FDA staff flagged safety and efficacy concerns in briefing documents published on Tuesday, including whether the treatment’s benefits outweigh risk of Myelodysplastic syndrome (MDS), a type of cancer that appeared in three trial patients.”Even with the problems that exist for this treatment, it certainly shows significant benefit that boys (who suffer from CALD) right now can’t wait on a better more perfect treatment,” said committee member Dr. Stephanie Keller.CALD is a rare genetic condition that causes the buildup of very long chain fatty acids in the brain and spinal cord. It typically occurs in young boys between the ages of 3 and 12.If the FDA follows the recommendation and approves eli-cel, it will be the third gene therapy available for use in the United States, following Spark Therapeutics’ Luxturna and Novartis’ Zolgensma.The panel will again convene on Friday to discuss bluebird’s other gene therapy beti-cel for the treatment of Beta-thalassemia patients dependent on blood transfusions.