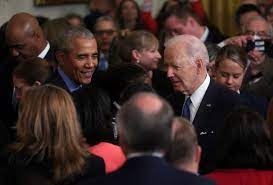 WASHINGTON (Reuters) – The Biden administration on Tuesday finalized a rule it said would fix the so-called family glitch in the Affordable Care Act that priced many people out of health insurance and would help over a million Americans.

The fix, first proposed by the U.S. Treasury Department and the Internal Revenue Service in April, addresses an element of the healthcare law that left family members of those with access to employer-provided health plans ineligible for certain subsidies.

“Now, the Treasury Department is finalizing that fix so that the law works the way Congress intended and the cost of coverage comes down for families all over the country. Starting next month, Americans can sign up to take advantage of this change,” President Joe Biden said in a White House statement.

“About 1 million Americans will either gain coverage or see their insurance become more affordable as a result of the new rule,” he added.

The problem was that employer-based health plans have been considered affordable as long as the coverage was within the financial means of an employee, regardless of whether it was too expensive for family members. As a result, the family members were not eligible for the subsidies they may have needed, the White House said.

The open enrollment period for health insurance plans under the Affordable Care Act starts on Nov. 1.

Also known as Obamacare, the law helps low and middle-income Americans who do not have access to affordable health insurance coverage through an employer.

U.S. House of Representatives Speaker Nancy Pelosi, who like Biden is a Democrat, said in a statement the fix will bring down healthcare costs and expand access to affordable coverage.

Republicans say the remedy contradicts the text of the law and that it will significantly increase spending on Obamacare plans. They also say it would lead to a major shifting of people out of employer-based plans and into government-subsidized ones.