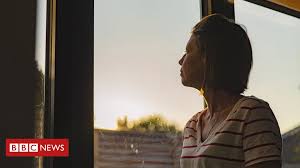 But a stalemate continues in Manchester as local leaders resist central government’s proposals.

London and York are among those moving up to tier two, meaning people cannot mix with other households indoors.

Boris Johnson says the spread of coronavirus in Greater Manchester is “grave” and he may “need to intervene” if the measures are not agreed.
More than half of England – in excess of 28 million people – is now under extra coronavirus restrictions.

Lancashire has joined the Liverpool City Region in the top tier – tier three. Pubs must close and the ban on mixing households extends to many outdoor settings.

London, Essex, York, Elmbridge, Barrow-in-Furness, North East Derbyshire, Erewash and Chesterfield have moved into tier two, meaning they can no longer mix inside with those from other households, including in pubs and restaurants.

Areas of England in the lowest tier must keep to the nationwide virus rules such as group sizes being capped at six people, and the hospitality industry closing at 22:00.

Pubs, restaurants and cafes across Northern Ireland have closed to sit-in customers for the next four weeks.

In Wales, a two-week “fire break” – a period with tighter restrictions to help break the trajectory of coronavirus cases rising – is expected within days.

Most licensed premises in Scotland’s central belt are closed under temporary restrictions, which are expected to be replaced by a similar multi-tiered system to the one in England by the end of the month.

Celtic and Rangers football fans are being urged not to cross the border into England to watch the Old Firm game in pubs on Saturday.

“We firmly believe that protecting health is about more than controlling the virus and requires proper support for people whose lives would be severely affected by a tier three lockdown,” the deputy mayors and council leaders said in a joint statement.

“We can assure the prime minister that we are ready to meet at any time to try to agree a way forward.”

Mr Johnson warned on Friday that the situation in Manchester was worsening and that he may intervene if the new measures cannot be agreed with the region’s leaders.

But Kate Green, Labour MP for Stretford and Urmston said there had been no talks between the government and Greater Manchester’s leaders on Friday because “No 10 did not pick up the phone” – with no further meetings expected until Monday.

PM warns he may ‘need to intervene’ on Manchester

‘Not knowing is killing the business’
Local leaders in north-east England said they were committed to “ongoing, constructive dialogue” with central government.

In a joint statement, council leaders in Northumberland, Newcastle, South and North Tyneside, Gateshead, Sunderland and County Durham urged residents to “do their bit” to avoid being put under tier three restrictions.

Meanwhile, calls for a circuit-breaker – a short but strict national lockdown – have been supported by Labour as well as some Conservative MPs.
Kate Green told BBC Radio 4’s Today programme: “The Labour leaders in Greater Manchester support the call for a national circuit-break because what we’re seeing in Manchester today – the rest of the country is coming along behind. The rate is rising everywhere.”

Ms Green, who is also shadow education secretary, added that extra restrictions would not be effective without a package of support to “enable people to close their businesses [and] to isolate at home if they need to”.

Conservative MP and former health secretary Jeremy Hunt called for an end to the “public war of words” between local and national leaders on Saturday, but added he had “sympathy” for the idea of a circuit-breaker.

Britain’s largest teachers’ union, the National Education Union, has called for secondary schools in England to shut for two weeks at half term, rather than the traditional one week.

Mr Johnson has said that while he could not “rule anything out”, he wants to avoid a national lockdown because of “the damaging health, economic and social effects it would have”.

It comes as the hospitality industry warned of widespread job losses if businesses do not receive further financial support from the government.

Some 750,000 hospitality jobs could be lost by February 2021, according to an industry survey by three trade bodies in the UK.

“Without urgent sector-specific support for our industry, massive business failure is imminent,” a spokesman for UK Hospitality, the British Institute of Innkeeping and the British Beer & Pub Association said.

Public Health England’s medical director Yvonne Doyle told the Today programme that officials from local and national public health services were working “extremely hard… to try and ensure that we do the right thing at the right time with the maximum amount of agreement”.

She also urged the public to abide by the rules and “understand why that’s important”.

Meanwhile, county councils in England are calling for the government to give local authorities more control over the test-and-trace system.

The County Councils Network, which represents local authorities in mainly rural parts of the country, hopes to avoid the prospect of greater restrictions in these areas.

The PM said on Friday that the UK was developing the capacity to manufacture millions of tests that could deliver results in just 15 minutes.

The new tests are “faster, simpler and cheaper”, Mr Johnson said, adding that work is being carried out to ensure they can be manufactured and distributed in the UK.

Oxford University’s Sir John Bell, who has advised the government on its testing programme, told the Today programme it could be “possible” for the UK to carry out a million tests a day by Christmas – but added that logistics such as getting swabs to testing centres quickly were “the limiting factor”.

LONDON (Reuters) – The World Health Organization said on Friday it had had very good dialogue with developers of a second Russian vaccine candidate against COVID-19.
Frozen food package polluted by living coronavirus could cause infection, China’s CDC says | Reuters