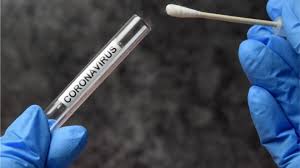 BBC News: Coronavirus cases on the rise in the UK

New estimates show cases increasing since the end of August, particularly among young people. Coronavirus infections have increased in recent weeks in the UK, according to new estimates. The government’s latest R number is between 1 and 1.2 which means the epidemic is growing. And a study of thousands of people in England found cases doubling every seven to eight days, with a marked rise in the north and among young people. New laws on how many people can socialise indoors and outdoors are being introduced from Monday. The virus is still at much lower levels than at the peak of the pandemic in April. Cases reduced dramatically in May and stayed low in June and July, but several large studies of the general population now suggest there has been a resurgence. The REACT study of more than 150,000 volunteers in England found “accelerating transmission” at the end of August and start of September. Levels of infection were rising across England but particularly in the north east, north west and Yorkshire. And there were increases in positive cases in all age groups up to the age of 65, but the highest rates of growth were in 18-24 year old. Prof Paul Elliott, director of the study at Imperial College London, said the data clearly showed “a concerning trend in coronavirus infections” where cases are growing quickly across England and “no longer concentrated in key workers”. He said there was evidence of “an epidemic in the community” and not the result of more people being tested. SOURCE: BBC News