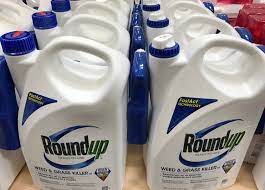 (Reuters) -Bayer said on Wednesday it will review the future of its Roundup and other glyphosate-based weedkillers in the U.S. residential market after a judge rejected a $2 billion plan to settle future claims alleging the herbicide causes cancer.

The company also said it will reassess its efforts to settle around 30,000 ongoing claims by Roundup users who are alleging they have become sick from the product.

Bayer said its new proposal was “designed to help the company achieve a level of risk mitigation that is comparable to the previously proposed national class solution.”

The company has said that decades of studies have shown Roundup and glyphosate are safe for human use.

But thousands of users have alleged it caused their non-Hodgkin lymphoma, a blood cancer. Three cases have gone to trial and in each one, juries returned verdicts and tens of millions of dollars in damages for plaintiffs.

Bayer is dealing with two separate sets of legal risks from Roundup, which it acquired as part of its $63 billion purchase of Monsanto in 2018.

The company committed $9.6 billion in June to settle around 125,000 existing claims and lawsuits by Roundup users who were already alleging the product caused their non-Hodgkin lymphoma. The company has resolved all but 30,000 of those claims.

However, because Roundup remains on the market and because there is a 10-year to 15-year lag between exposure and the onset of symptoms, Bayer also faces years of future litigation from people who use glyphosate on their lawns and farms.

Instead, it outlined a new proposal.

Bayer said it “will immediately engage with partners to discuss the future of glyphosate-based products in the U.S. residential market,” which has been the source of most claims that Roundup caused cancer.

The company said it will continue to supply glyphosate products for agricultural users.

The company also said it will seek approval from the Environmental Protection Agency to include a link on Roundup labels to inform consumers of studies about the product.

Chhabria had suggested at a hearing last week that Roundup include on its label a reference to a 2015 finding by the cancer research arm of the World Health Organization that glyphosate is “probably carcinogenic to humans.”

He said that would inoculate the company from future litigation, most of which has been brought on the theory that the company has failed to warn consumers of the cancer link to Roundup.

The company also said it would continue to pursue appeals of the jury verdicts.

Chhabria said last week the biggest threat to all of the Roundup litigation was a ruling from the U.S. Supreme Court that the cases were barred by the EPA’s finding that Roundup is safe for humans. It is unclear if Bayer will ever get a case before the highest U.S. court.

The company also said it will explore alternatives to address future Roundup claims.

Bayer will host a conference call on Thursday to discuss the new plan.

The agreement that Chhabria rejected would have paused litigation linking Roundup to non-Hodgkin lymphoma for four years and would have barred Roundup users from seeking punitive damages once the pause on litigation expired.

In return, users could be eligible for free medical exams and up to $200,000 compensation if they were diagnosed with non-Hodgkin lymphoma.