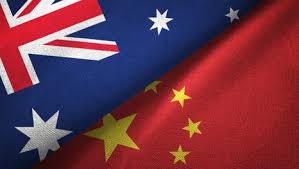 Australia’s second-most populous state, Victoria, reported its deadliest day of the COVID-19 outbreak on Sunday, with 17 people dying, as police thwarted a planned anti-mask rally in the capital of Melbourne. Victoria, at the center of a second wave of infections in Australia, reported 394 cases of the novel coronavirus in the past 24 hours, compared with a daily average of 400-500 over the past week. The new deaths bring the state’s total to 210.The southeastern state, with infections concentrated in Melbourne, accounts for a lion’s share of the national tally of more than 21,000 and 295 deaths. In an effort to slow the spread of coronavirus, Victoria has imposed a night curfew, tightened restrictions on people’s daily movements and ordered large parts of the economy to close. Those measures have helped, although the situation remains challenging, as cases with unknown sources of infection continue to increase, said Victoria Premier Daniel Andrews. The state reported 174 such “mystery” cases in the past 24 hours, up from 130 on Saturday and bringing the total to 2,758.“Even large numbers in known contained outbreaks are, to a certain extent, less significant than the smaller number of cases where we simply can’t find the circumstance or point of origin,” Andrews told reporters. “They’re the ones that are incredibly challenging from a containment point of view.” Victoria’s coronavirus reproduction rate is around 1, meaning each infected person is passing the virus on to at least one other person. “We have to drive that down, so that every third or fourth person who has it is infecting someone else. That’s where we’ll see the numbers halve and halve again and become more manageable,” Andrews said. “That will essentially take time.” Earlier in the day, Victorian police thwarted a planned anti-mask rally dubbed “Freedom Day Celebration” in Melbourne, arresting seven people and issuing 27 fines. Neighbouring New South Wales, Australia’s most populous state, recorded 10 infections on Sunday, with authorities ordering students at two state schools to self-isolate after reporting COVID-19 cases. The remainder six states and territories reported zero new cases on Sunday.