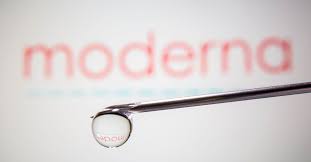 Australia is in “active talks” with COVID-19 vaccine maker Moderna Inc (MRNA.O) to establish a domestic manufacturing facility for shots, Health Minister Greg Hunt said on Thursday, the day after securing 25 million doses from the company.

Moderna on Wednesday said it would supply Australia 10 million shots designed to protect against the original strain of the coronavirus this year, and 15 million doses of its updated variant booster shot in 2022.

The government will seek interest from the market to develop onshore facilities to manufacture vaccines using messenger ribonucleic acid (mRNA), a specific molecular technology, Hunt told reporters in Canberra. He said the government was “already in active discussions with Moderna as a possible candidate”.

Moderna, along with rival Pfizer Inc (PFE.N), uses the mRNA technology in COVID-19 vaccines. Australia is currently deploying Pfizer and AstraZeneca’s (AZN.L) vaccine shots in its immunisation drive, which has missed its initial dosage targets.

Authorities had restricted the use of AstraZeneca’s vaccine, which is locally produced and is the mainstay of the country’s inoculation drive, in people below 50 years due to rare blood-clotting cases.

Several countries are trying to procure more COVID-19 vaccines from Pfizer and Moderna as no major side effects have been identified so far among vaccine recipients.

“Onshore manufacturing would ensure a secure, long-term supply of Moderna’s mRNA-based vaccines against COVID-19, including variants, and for potential future pandemics,” Prime Minister Scott Morrison said in a statement.

Australia has fared much better than many other developed countries in keeping its COVID-19 numbers relatively low, with just over 29,900 cases and 910 deaths.

But its inoculation programme has hit several roadblocks, with more than 2.81 million total vaccine shots administered as of Tuesday, far short of the 4 million originally pledged by the end of March.