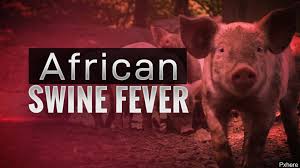 A first case of African swine fever (ASF) has been found in a wild boar in the eastern German region of Saxony, Germany’s federal agriculture ministry said on Saturday.The ministry said further cases had also been discovered in Brandenburg, bringing the total number of confirmed cases to 117 since the first one on Sept. 10, up from 114 on Friday. All were in wild animals with no farm pigs affected.China, South Korea and Japan all banned German pork imports in September after ASF was found in a wild boar.The disease is not dangerous to humans but is fatal to pigs