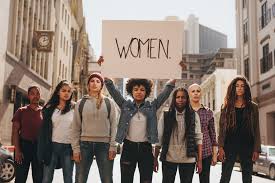 NEW YORK (Thomson Reuters Foundation) – Rights activists have called on all U.S. states to adopt laws banning female genital mutilation (FGM), one year after the United States committed itself at a summit in London to eradicating the practice.

The United States was one of more than 30 countries to sign a charter for the elimination of FGM and forced marriage, at home and abroad, at the Girl Summit 2014.

Although a federal law bans the practice throughout the country, only 24 out of 50 states have enacted legislation at the local level, rights group Equality Now said.

Quast said having specific laws in each state would prompt state schools, hospitals and clinics as well as local law enforcement agencies and the judiciary to step up prevention efforts and act swiftly in FGM cases.

FGM, which involves the partial or complete removal of the external genitalia, is considered a necessary pre-marriage ritual for girls in many countries, but it can cause lasting physical and psychological damage and even death.

The practice is most common in Africa and the Middle East, and though most African countries where FGM is found have banned the practice, it persists in many communities.

Worldwide, more than 130 million girls and women have undergone FGM.

The number of women and girls in the United States who have undergone FGM or are at risk of the procedure has more than doubled since 2000 to more than half a million, according to research published this year by the Population Reference Bureau.

U.S. authorities banned the practice in 1996 and passed a law in 2012 that makes it illegal to transport a girl out of the United States for the purpose of FGM.

FGM impacts girls in classrooms across the country in every state, Quast said.

State laws could help to involve diaspora communities and leaders more directly in raising awareness and trying to prevent the practice, and could help remove the stigma often associated with talking about genitalia, she said.

“We can have a real conversation that this is a form of violence, it’s a human rights violation, and make clear this is not a cultural practice,” Quast said.