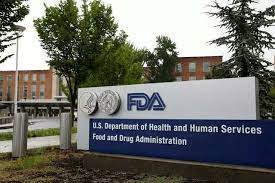 U.S. FDA to review use of GBT’s blood disorder therapy in children

The company has filed for an accelerated approval of Oxbryta for the treatment of the disease in children aged four to 11 years and has also sought clearance for a dispersible tablet form of the drug.

The FDA has set a target action date of Dec. 25 for both applications, the company said.

Oxbryta was approved in the United States in 2019 in a tablet form to treat the disease in patients who are 12 years and older.

Sickle cell disease, which affects about 100,000 Americans, is an inherited blood disorder in which red blood cells have a crescent shape and can restrict flow in blood vessels.

Other treatments for children with the disease that have been approved in the United States include Siklos, a tablet developed by French drugmaker ADDMEDICA, and Emmaus Medical Inc’s oral powder Endari.

“There are few current therapeutic options for children under 12 years of age with sickle cell disease, which can cause irreversible multi-organ damage in the first few years of life,” Global Blood Chief Executive Officer Ted Love said in a statement.

The company has also sought approval for Oxbryta in Europe to treat the disease in patients who are 12 years and older.